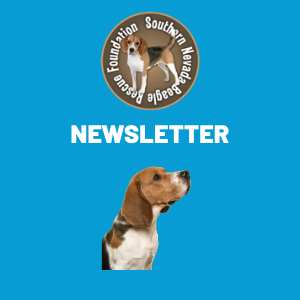 SNBRF Happenings: See what is new with us and with some of our alumni

One of the many people who have found the Southern Nevada Beagle Rescue Foundation a place not only to adopt Beagles (and other canines), Rob has found a community of individuals who have a common cause.Rob grew up in a house full of beagles.

Before retiring in the Vegas valley, he moved often with his job. He did not feel it would be fair to have animals to be home alone when his job which took him on the road most of the time.When he settled after retiring, his search for a companion began. Rob first found the Bassett Hound Rescue and adopted through them.

Soon something seemed incomplete; he knew a beagle was needed to make his home complete. A search on the Internet lead him to the Southern Nevada Beagle Rescue Foundation.He has adopted 4 beagles from the organization.  Cleo, had cancer and was active until the end. She used to find diggable areas under the backyard fence, dig an escape tunnel and set off exploring. Neighbors would find her in the neighborhood and return her later in the day after she got tired of exploring.

Rob has had at least five beagle companions since his retirement like Cleo; now Coco and Rosie are at his residence. Rosie also likes to escape and chase rabbits on the golf course behind his house. Sometimes the rabbit is not fast enough and is brought back as a trophy to show Rob.

Rob finds the beagle rescue as a place to find dogs in need of assistance. The dogs come from broken homes, abusive homes, being abandoned and being mistreated. He finds they need help and it helps him to create a loving home environment.Rob sees beagles bringing joy to so many. His beagles draw many to their antics during the Annual Pow-Wow in Rob’s community. It is hectic, noisy and fun. And all sorts of animals get prizes for a list of competitions during the day.

Asked why he choose to adopt through the So Nv Beagle Rescue, Rob relied, “It is THE PLACE for Beagles

Did you hear about the Puppy mill dogs?

You may know we work with National Mill dog rescue. This organization pulls dogs out of puppy mills. Any dog in that situation is lucky to get out, the conditions are usually horrible.

We recently got a group of 5 beagles and 2 yorkies. Most are shy and some downright skittish. They have not had much human contact, but they are learning to trust with patience and love.

All are in the process of getting vetted and will be looking for their forever homes. Look on our social media or website for more images

We also took 10 beagles in from a hoarding case where there were 150 beagles living in rabbit hutches and kennels outside. Many are in very poor condition and 4 of them have heartworm, a deadly disease if not treated. We are currently working on bringing them all to a healthy status. for some this will take months. They also are looking for their homes. Look on our website or social media for more images

Join us for our yearly event.

This year more than ever we need the funds currently, plus it is so much fun!
We will have the pancake breakfast where we will serve you. We will have a car wash area. An adoptable dog area. Our raffles and merchandise on display.

When you shop at AmazonSmile, Amazon donates a percentage to the SNBRF! There's no extra cost to support your charity when you shop with AmazonSmile.

You can always help by sending products off our Amazon Wish List. 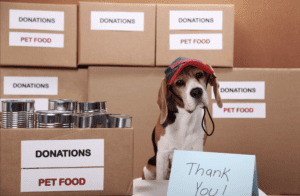 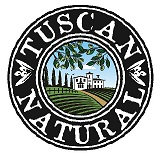 Tuscan Natural is proud to support the SNBRF. Our CBD oil is organic, GMO free, and 100% THC free and pharmaceutical grade. CBD oil reduces anxiety, inflammation, and autoimmune diseases in addition to reducing pain, nausea, and poor appetites. Learn more about our products 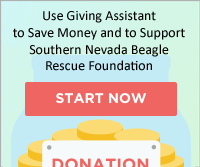